Montréal en Lumière is a winter festival bringing together festivities, art and lights in Montreal's cold winter nights. For the 2017 edition, Bell asked Timecode Lab to create a luminescent experience that would also capture awesome 360 videos.

Our luminescent experience was a mix of technologies and design : it allowed participants to dance in the middle of the platform while a camera was rotating around them, creating 360 slow-motion videos. We developed a web-app controlling the camera rotation along with the video capture. The rotation was activated by several motors controlled by arduino uno and raspberry pi. The luminous tubes were composed of more than 1km of addressable LEDS controlled by arduino and raspberry pi communicating with touchdesigner, which created live, generative visuals. 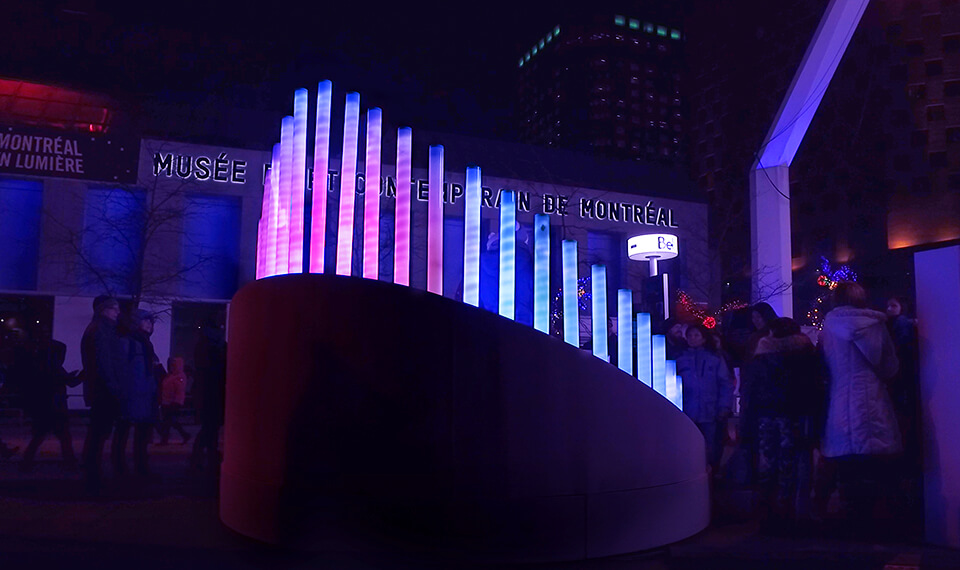 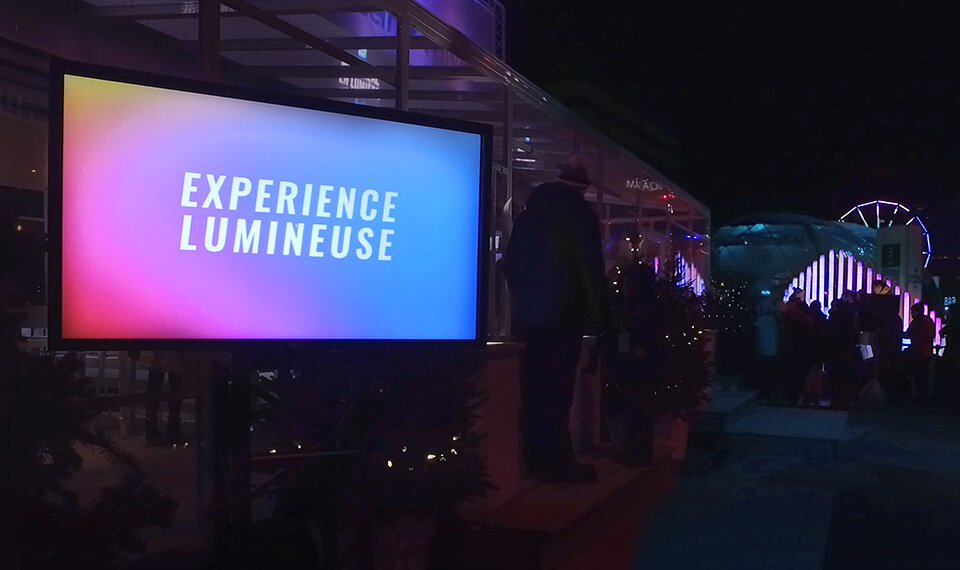 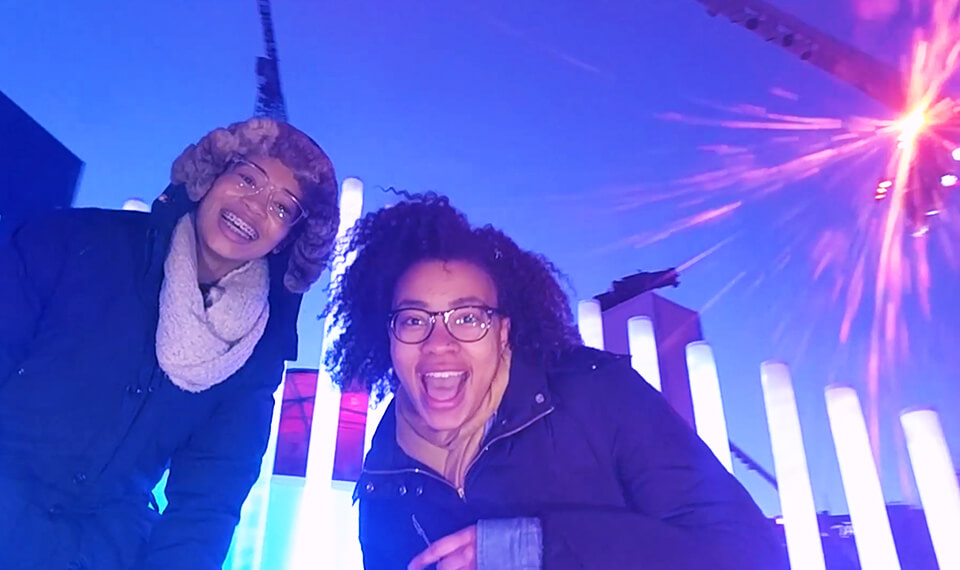 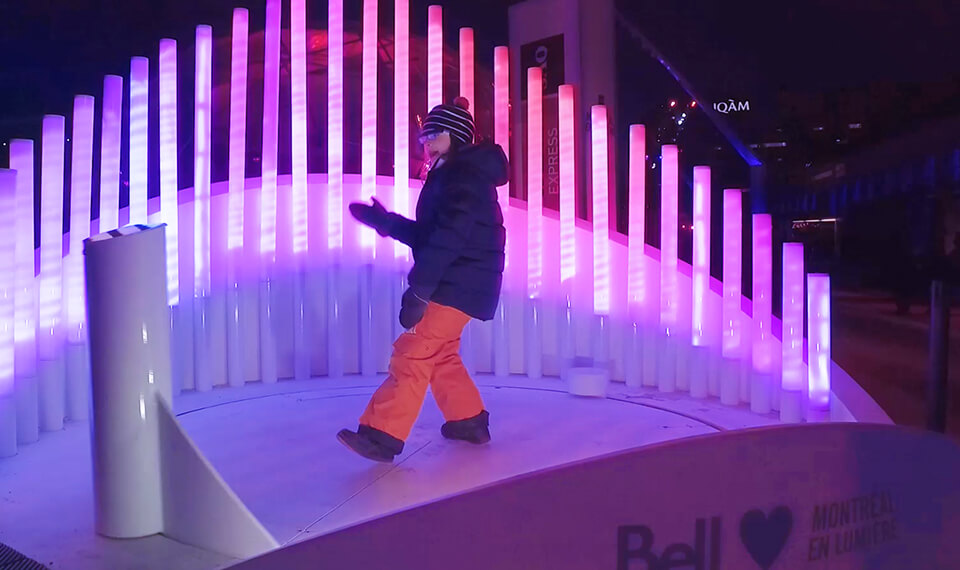